ACYC's collection of informative resources on:

"No one should ever be locked away simply because they share the same race, ethnicity, or religion as a spy or terrorist." 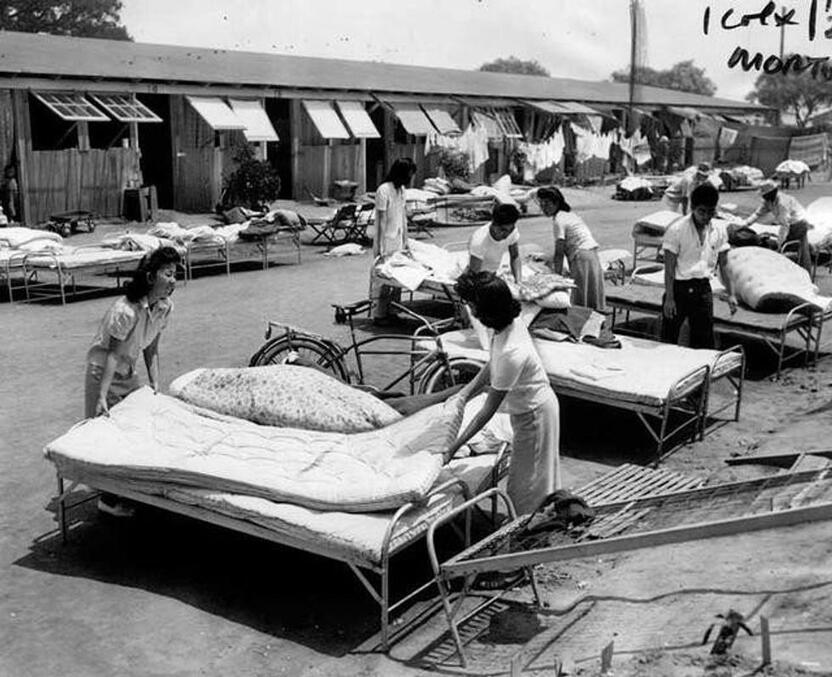 "It was the largest assembly point for Japanese-Americans on the U.S. West coast as they were forced into internment camps. 19,000 people passed through here on their way to the camps." (We Are the Mighty) 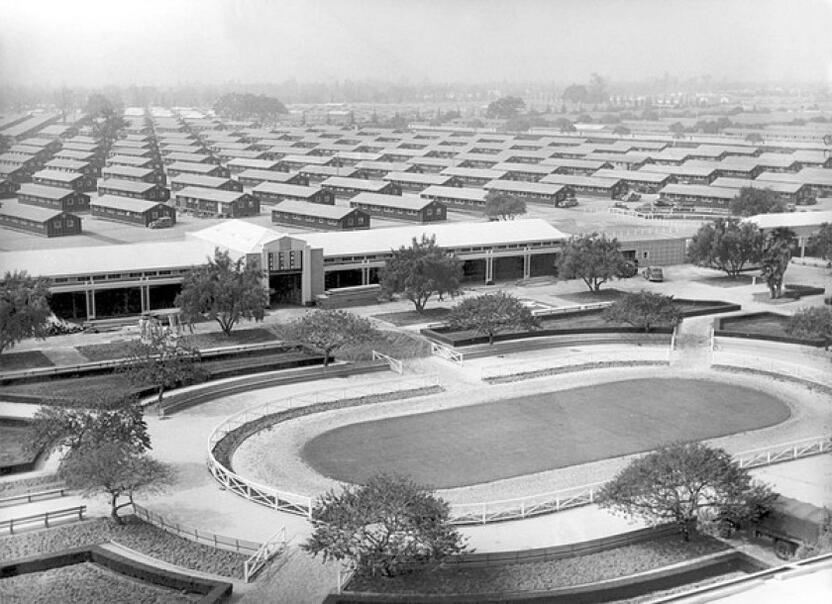 "Those held at the camp lived in hastily constructed barracks or in converted horse stalls, which some evacuees said never fully lost the stench of manure." (Associated Press) 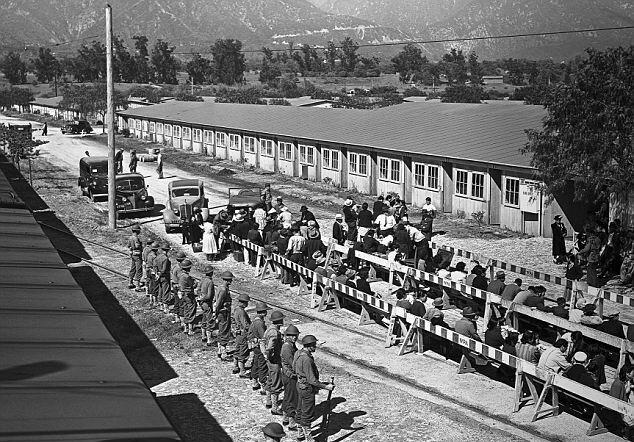 "Japanese Americans were forced into ‘reception centers’ like this one at Santa Anita Racetrack before being shipped off to internment camps throughout the country during World War II." (Emerging Truth) 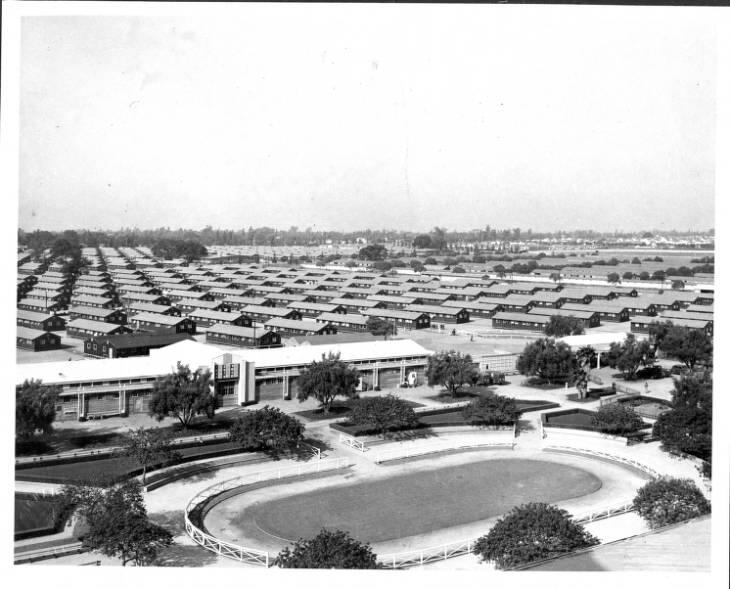 "Photo shows a portion of the completed Santa Anita (California) Assembly Center, situated within the world famous race track at Arcadia, California. This was the largest of all the temporary centers and quartered close to 19,0000 persons at its peak period." (John M. Flaherty Collection of Japanese Internment Records)